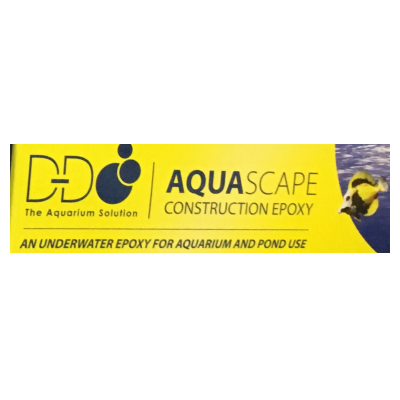 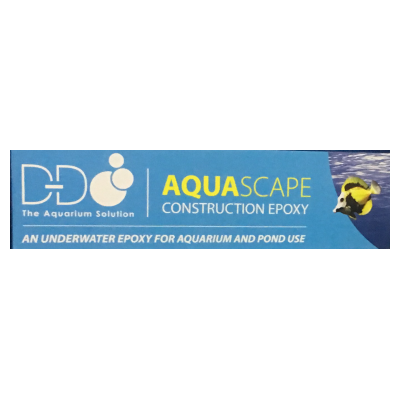 Aquascape is a two-part epoxy putty that has been specially developed  by D-D for use in salt water and freshwater aquariums and other  underwater applications.

In the marine aquarium it is ideal for bonding together live rock to  form complicated structures and avoiding rock falls caused by turbo  snails, sea urchins and strong current flow, for preparing coral frags  and for creating clam bases to prevent them being attacked and  ultimately killed by bristle worms. In addition it can be used to repair  leaky pipework, broken equipment or for bonding items to the aquarium  glass.

Aquascape has been developed to be stickier than most epoxies so that  it bonds easier to wet substrates and the purple version has been  formulated to dry under water to the colour of coralline algae. This  makes it initially more natural within a marine aquarium during the  period before being encrusted with true coralline algae. Note however  that when cured out of the water the colour will be darker representing  the deep red coralline algae colour.

For freshwater aquariums and for repairing liners and preformed  ponds, the Rock Grey version is perhaps more suitable however both  colours can be used in any environment.

Applications for Aquascape in a Marine Aquarium

Aquascape is ideal for working with coral frags and can be used to  fix corals to frag bases or direct to rock and is easily overgrown by  corals or coralline algae.

If positioning large corals we would suggest that you apply the Aquascape to the coral and splash it around in a container of tank water to remove any residues before pushing into position.

Note: It is necessary to support heavy rocks, corals and overhangs until the putty sets.

Clams are very susceptible to attack by bristle worms, especially  when positioned on a sandy or gravel substrate. If you have had clams  die in the past then this is probably why as the worms attack the base  of the clam at night and slowly eat it from the inside.

If an Aquascape base shaped to the individual clam before positioning  on the base inside the aquarium, the clam will glue itself onto the  Aquascape base and protect itself against any attack.

Snails, fish and urchins can cause movement and overturn rocks and  corals in the aquarium therefore we always recommend that rock  structures and corals are always bonded together to prevent rockslides  damage or disturbance to the system.

Blobs of Aquascape can also be used to create feet on the base of the  foundation rocks for increased stability and to lift the rock off the  substrate thus preventing anoxic areas from developing. 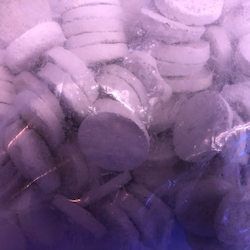 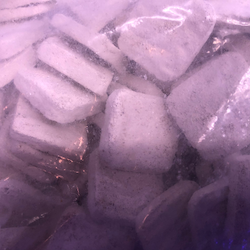 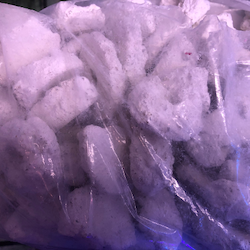 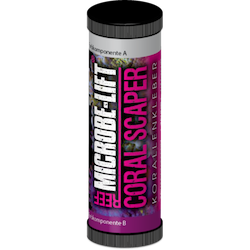 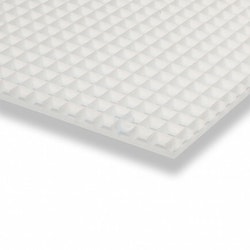